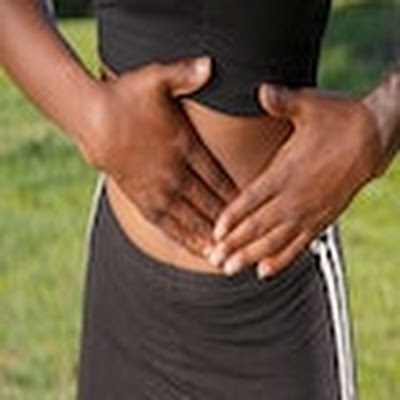 Irritable bowel syndrome (IBS) is a problem that affects the large intestine. It can cause abdominal cramping, bloating, and a change in bowel habits. Some people with the disorder have constipation. Some have diarrhea. Others go back and forth between the two. Although IBS can cause a great deal of discomfort, it does not harm the intestines. Patients with IBS also have high rates of anxiety and depression. IBS affects twice as many women as men and is most often found in people younger than 45 years. There is no specific test for it and the cause is not known.

Catechol-o-methyltransferase (COMT) has a key function in the degradation of catecholamines (dopamine, noradrenaline and adrenaline). A common polymorphism in the COMT gene is val158met (rs4680), which is responsible for a variation in function of the enzyme. The val/val genotype leads to a three- to fourfold higher activity of the COMT enzyme compared with the met/met genotype, and the val/met genotype shows intermediate activity. A low COMT activity also results in higher levels of dopamine and chronic activation of dopaminergic neurons. Both chronic pain syndromes and anxiety/depression are associated with low and high COMT activity respectively and both are associated with IBS-like symptoms.